Wildlife photography is, among other things, putting yourself in the place with the most potential.

Often you can be in the right spot but at the wrong time. Or the wrong spot at the right time. The right time means not just time of day, but time of the year depending on the species you are looking for.

Such was the case yesterday at Sweetwater Wetlands.

I'll show some photos over the next couple of days, starting today with the uncommon (to Arizona) Northern Parula, a beautiful little warbler that loves cottonwood trees: 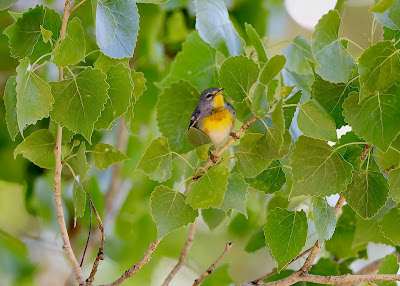 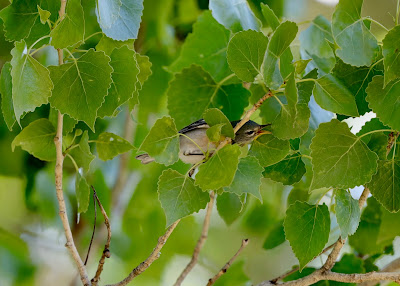 Posted by Dennis and Christine Widman at 6:56 AM No comments:

Cactus Wrens of The Azure Gate

Whenever I walk around our property without my camera, invariably I end up running back to the office to grab it. Yesterday was no exception.

As I walked I found a pair of Cactus Wrens that didn't seem bothered by me and seemed to want their picture taken.

Here are a few of those photos: 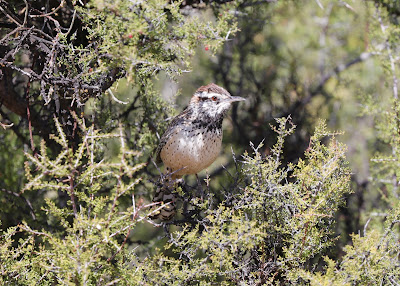 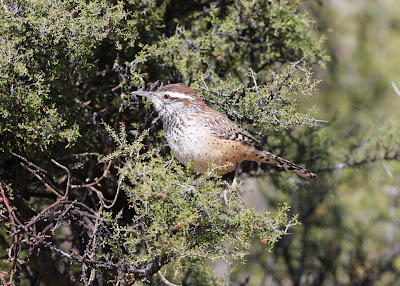 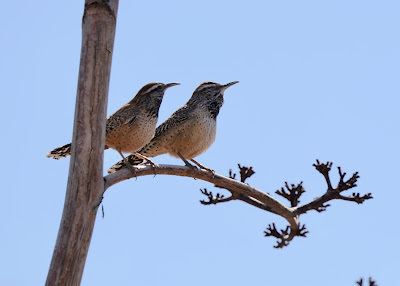 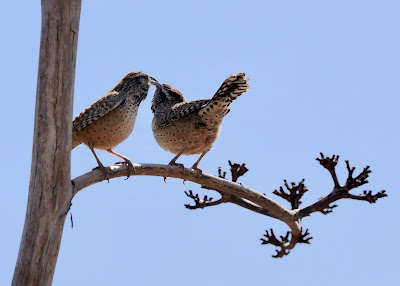 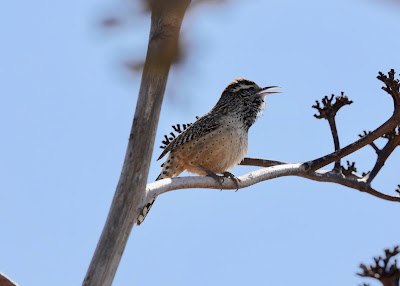 Posted by Dennis and Christine Widman at 4:04 AM No comments:

Christine and I birded the area between Proctor and Whitehouse in Madera Canyon hoping to find those little Black Capped Gnatcatcher -- and maybe the Elegant Trogon that had been reported.

No luck on either, but did find some birds to photograph. 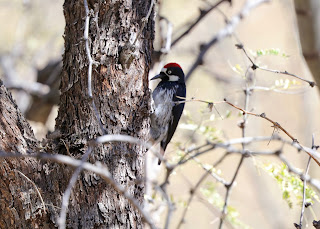 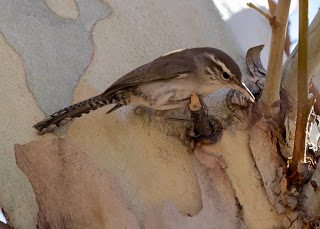 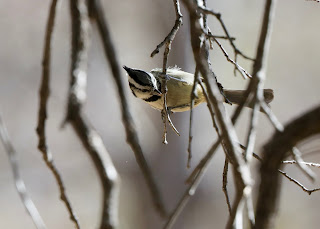 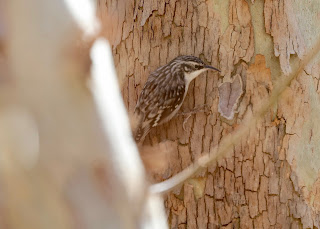 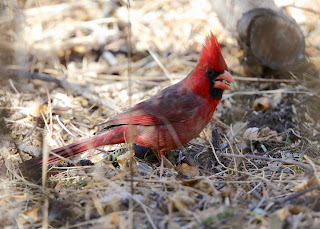 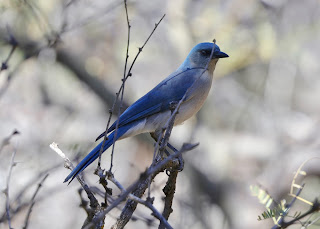 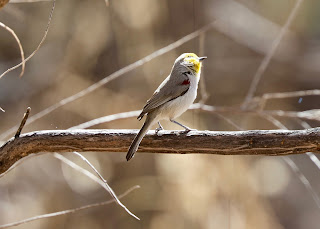 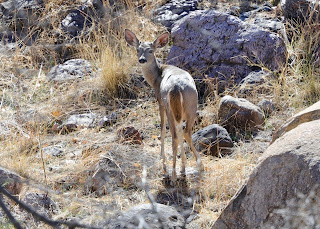 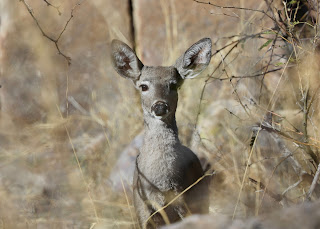 Posted by Dennis and Christine Widman at 5:41 PM No comments:

Christine and I pulled into "the old" parking area at the Coachline Gravel Pit -- or as some are trying to rename, Lake Marana. We climbed the berm only to find no water in the lake. Nonetheless, we decided to hike around the lake going counterclockwise.

Much to our surprise, after getting 3/4 of the way around the dry lake we came to water. The bird of the day was Great Egret -- lots of them -- at least 8, maybe 10. There were also several Double Crested Cormorants, Killdeer, Vermillion Flycatchers, Coots, Mallards, and an assortment of other ducks.

Here are some of the better photos:

Posted by Dennis and Christine Widman at 3:30 PM No comments:

Franciscan Friar Marcos de Niza was the first European to set foot in what is now Arizona. He is credited as the first to take possession of the land now known as the Babacomari Ranch for the King of Spain in 1539, 80 years before the pilgrims landed at Plymouth Rock.

The Babacomari Valley, located in the rich savanna rangelands of Southeast Arizona, has been supporting cattle and livestock together with abundant wild game and fish ever since.

The ranch's boundaries follow those of the original land grant "San Ignacio del  Babacomari" issued in 1832 by the Republic of Mexico to the Elias family, still prominent ranchers in Sonora. The ranch is nearly 28,000 acres, ranging from desert to riparian to woodland habitats.

With water flowing through the Babacomari Creek year round, it is full of wildlife.

This was our first visit and we saw the potential for wonderful Spring and Summer birding along the riparian corridor. That's not to say we didn't find anything this wintery trip.

Here just a few of the photos:


In addition to the above, we saw Cooper's Hawk's, Vermillion Flycatchers, Say's Phoebe, and a host of other sparrows.

Posted by Dennis and Christine Widman at 5:09 AM No comments:

Molino Basin Campground is an excellent birding spot. There usually is flowing water which has created a nice riparian habitat in an otherwise scrub desert. It's only about 15 minutes from our B&B so Christine and I like to hike there when we don't have a lot of time. We did so a couple of days ago, and while not abundantly birdie (it was mid day), we did come across a couple of nice photo ops:

Posted by Dennis and Christine Widman at 4:26 AM No comments:

Other photos from Las Cienegas


Here are a few other photos from Las Cienegas; 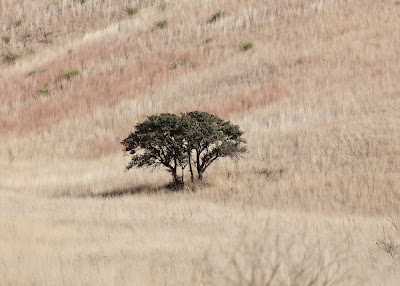 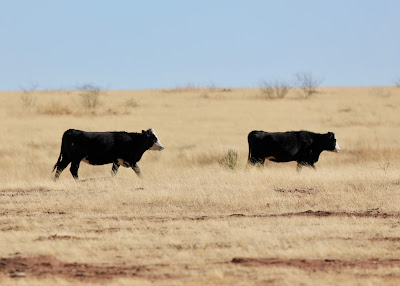 Posted by Dennis and Christine Widman at 4:20 AM No comments:


Las Cienegas National Conservation Area is 45,000 acres northeast of Sonoita. It is home to a wide variety of wildlife. The grasses provide shelter and food for a wide variety of Sparrows and Longspurs. The area is a great place to find four different species of Kingbirds (Western, Cassin's, Tropical, and Thick-billed). Flocks of Meadowlarks -- mostly western but some eastern seem to be everywhere.

There is Cottonwood Pond which attracts waterbirds and flycatchers with an occasional rarity: Black Bellied Whistling Ducks, Rosette Spoonbills ...

Then there is a spring in Empire Gulch that produces a variety of Warblers:  Yellow, MacGillivray's, Black and White, Black-throated Grey, Yellow-rumped, Wilson's, Common Yellowthroat, Lucy's, Orange Crowned, and the occasional Northern Waterthrush.

In addition to the avian wildlife, there are Javelinas, Coyotes, Jackrabbits, White Tailed Deer, and Pronghorn -- which the subject of this post.

Regardless of how often seen, it is still a delight finding them -- and photographing them. They are truly beautiful animals. Here are some photos from the last week: 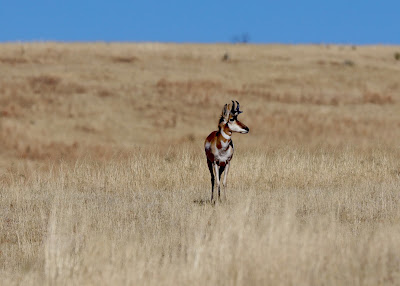 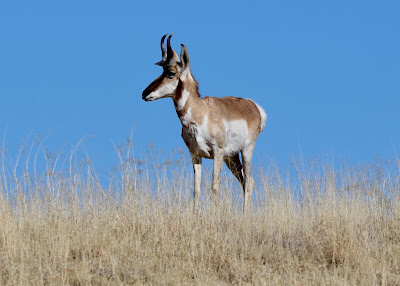 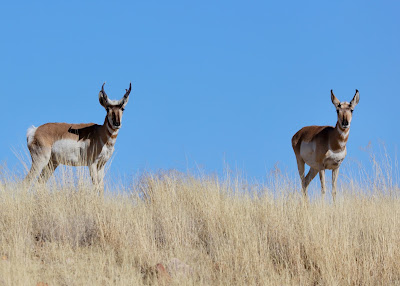 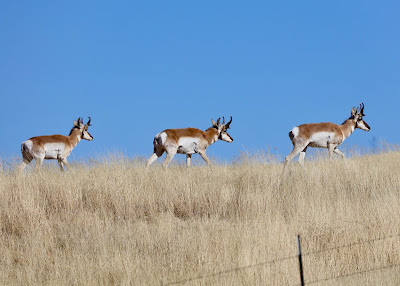 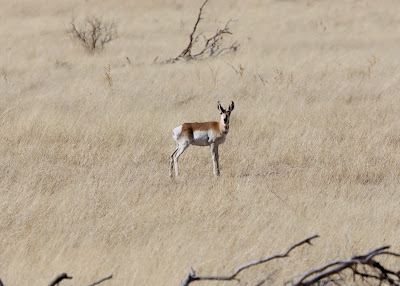 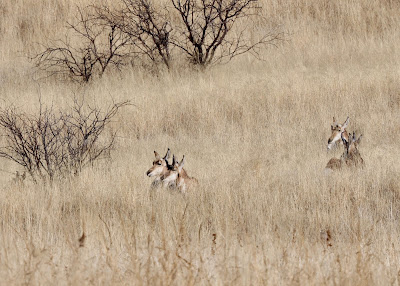 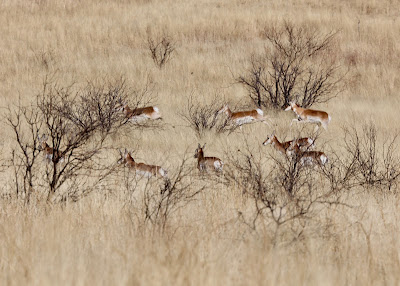 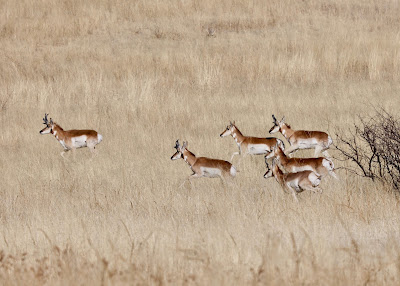 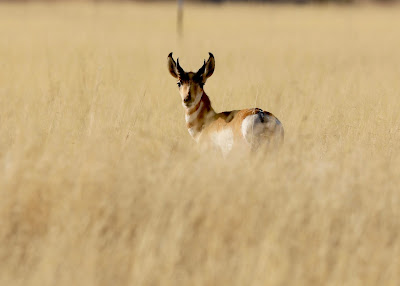 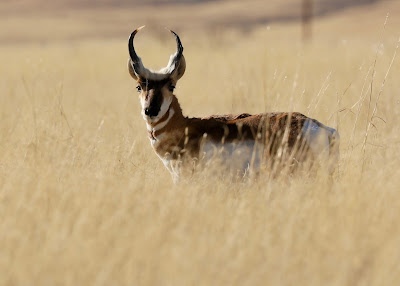 Posted by Dennis and Christine Widman at 3:54 AM No comments:

White Winged Doves arrive here in Southern Arizona in late March or early April, they nest and then leave in September.

Posted by Dennis and Christine Widman at 4:31 AM No comments:


Hawk nests are pretty large, so if you are in the right place at the right time, you get to see one or more of the parents with their chicks. Here a Swainson's Hawk family:

Posted by Dennis and Christine Widman at 4:29 AM No comments: