My Best Butterfly Photos: Part I

I thought I would share some of my best "Butterfly Photos."  Here's Part I:

I was sitting at my desk about an hour ago, when our little Bobcat walked past. I quickly got my camera and went outside and watched as he hunted for ground squirrels -- or desert cottontails.

He always knows when I am there and doesn't seem to mind. Although I don't stay for long. We talked a bit. Then he came walking toward me and laid down about 20 feet away under a creosote bush. We talked a bit more. I ask him to stay so that I could get Christine. She always likes to see him. When Christine and I got back he had moved under the shade of a saguaro cactus.

After a minute, we said thanks and left him to hunt or relax.

I have shown photographs of him before, including his missing hind foot. He does hobble around when he walks. But he's been coming by for two and a half years so he obviously is catching food despite the handicap.

Here are some photos from today: 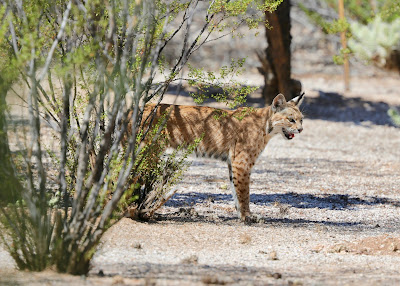 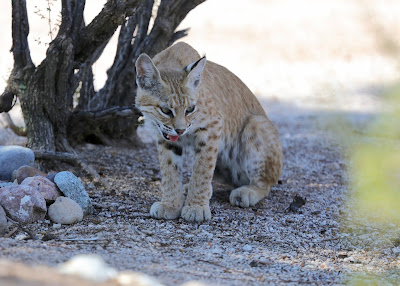 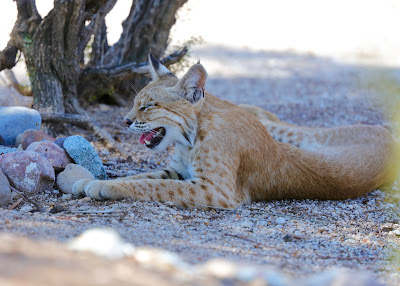 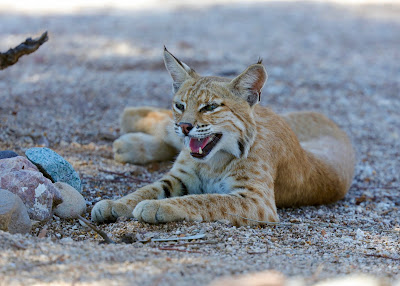 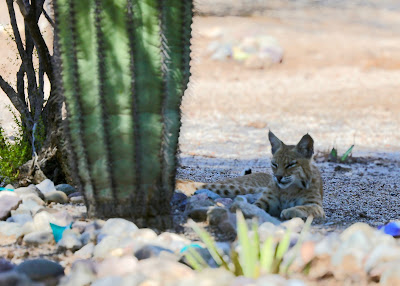 Posted by Dennis and Christine Widman at 11:00 AM No comments: Links to this post


Finding a mixed flock of Warblers is always exciting. You truly must be in the right place and the right time, not 10 minutes early, not 10 seconds late. Then, within 15 minutes you might see 20 or more warblers, with at least 5 different species. My best day was 10 species (back in 2015).

I figure I've been up Mount Lemmon over 200 times in the past 17 years. And I have only been in "that" right place at the right time, 6 times.

And while it is exciting, it can be equally frustrating. You are trying to photograph a Hermit Warbler (for example) when you eye shifts to movement of another warbler. They move quickly from branch to branch or tree to tree and stay pretty much hidden from full view. You end up spending several minutes trying to get that one warbler, passing up chances on all the others.

You come back home and look at the 657 photos you took and find only 20 that you like. And no decent photo of the Virginia's Warbler or Townsend Warbler or Black Throated Grey or Graces Warbler or Olive Warbler. Truth be told the Olive and Graces seldom "flock" and stay pretty high up in the Ponderosa Pines. So their presence was merely co-incidental.

But, there were six species I photographed that I would put in the okay to good category:


Posted by Dennis and Christine Widman at 12:31 PM No comments: Links to this post


One of my favorite places to explore and photograph wildlife is the Columbia Icefields which is a 187 mile stretch between Jasper National Park and Banff National Park in Alberta, Canada. It is about a 3 1/2 hour drive without stopping. Not sure what you would be doing in this remote part of the world if you wouldn't want to stop and see Caribou, Moose, Mountain Goats, Bighorn Sheep, Elk, Grey Wolves, Coyotes, and many glaciers.

I have wonderful memories of my many visits to this area. Today I thought I would share a 30 minute experience I had once with a Coyote. You may ask what is so special about that. You see coyotes walk through your backyard all the time. It's true, even though coyotes were nearly extinct in the 1920's, they have rebounded to the point of near excess.

Yet their population continues to increase. They have adapted to all parts of the United States, Canada, and Mexico; from east to west, from sea level to 10,000 feet; from tropics to desert; from seasides to forests; urban, rural, and wilderness.

I'm sometimes asked, "Are coyotes dangerous?" The simple answer is "no." The last death in the US from a coyote was in 1980, when a two year old child was left by herself in the backyard of a home in a wilderness area of California. On the other hand, between 30-50 people are killed by domestic dogs each year in the US.

Cartoons always depicted coyotes as "mangy." I've never stopped to count how many coyotes I've seen, but I could count on one hand how many I'd call mangy. Coyotes have beautiful full coats; one of Mother Nature's most beautiful.

On to my story. I was driving along the Columbia Icefields Parkway, when I saw a Coyote laying down out in the middle of the Icefield. I pulled off the road and spent the next 30 minutes photographing him. At first he was content to just stay put. Then he got up and started walking parallel to the road, so I just followed him from the road. Eventually, he wanted to cross the road, so I just stopped as he walked right in front of me. It was a thrilling experience that I feel fortunate to have photographed: 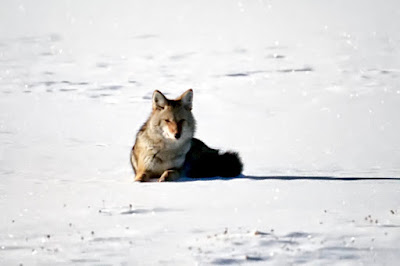 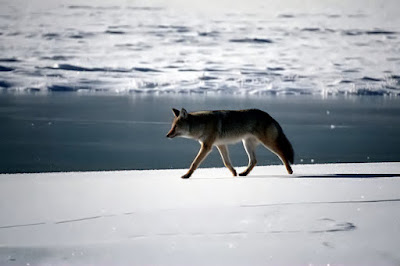 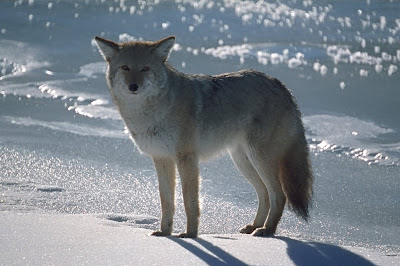 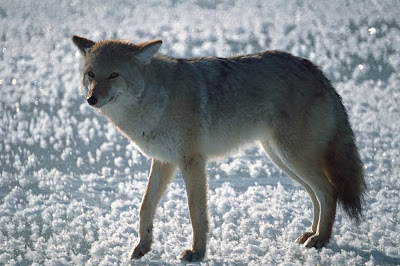 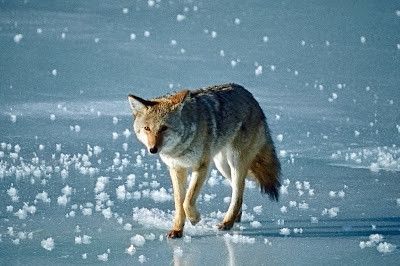 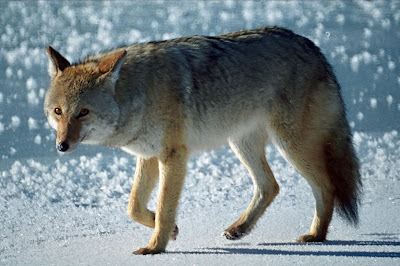 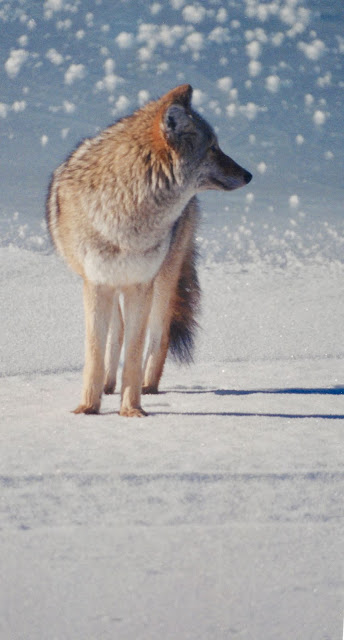 Posted by Dennis and Christine Widman at 7:38 AM No comments: Links to this post


And the last of my favorite landscape photos:

Posted by Dennis and Christine Widman at 6:56 AM No comments: Links to this post


Continuing with my favorite landscape photos:


Posted by Dennis and Christine Widman at 6:49 AM No comments: Links to this post


More of my favorite landscape photos:

Posted by Dennis and Christine Widman at 2:21 PM No comments: Links to this post


Continuing with my favorite landscape photos:


Posted by Dennis and Christine Widman at 2:10 PM No comments: Links to this post