Posted by Dennis and Christine Widman at 7:21 AM No comments:

Another rare bird to the United States is the Thick-billed Kingbird. It is more typically found from Mexico to Guatemala. It is the smallest of the North American Kingbirds but with a comparatively larger bill (as its name implies). 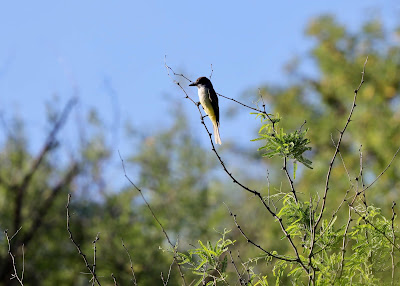 Posted by Dennis and Christine Widman at 7:36 AM No comments:

The Azure Gate Bed and Breakfast temporarily closed in mid-March due to the Coronavirus and worldwide travel restrictions.

It has been a very difficult time for everyone. We ended up with 42 cancellations and no new reservations.

Now, after nearly three months of being closed we are reopening -- with some restrictions.

As the pandemic has begun to slow, we have started to get requests again so have decided to "re-open" with certain restrictions. We are only taking reservations for our two guest houses and we are not doing breakfast -- at least until July 1st. We will reassess at that time. We thank all of you who sent best wishes over these difficult months. And we appreciate those who have rebooked for later dates.

For the most part we have "stayed at home" at the order of our state government. We have been working on the property, and talking walks in the park, and hikes in wilderness areas.

The result is many new photos -- including some rare birds.

I'll start today with Arivaca Cienegas which is part of the Buenos Aires National Wildlife Refuge along the US/Mexico border. 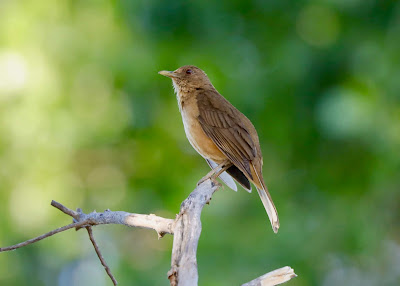 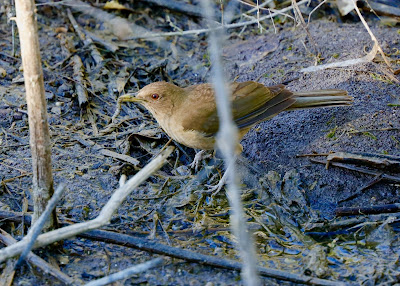 It has been reported occasionally in the extreme southern tip of Texas. It's normal range is along the Gulf Coast from Mexico to northern Columbia. It is the national bird of Costa Rica.

It has a very loud and distinct call which immediately let you know it was in the area.

Posted by Dennis and Christine Widman at 4:16 AM No comments: