Taking a break from the Blog series on my new book, Christine and I went to Buenos Aires National Wildlife Refuge to try and find the reported Prairie Warbler.

This was the 12th reported sighting for Arizona since reporting began umpteen years ago.

Chasing a single bird seems pretty much impossible. Think about it. It isn't a flock of a particular rare bird. Not even a pair. It is a single bird. In this case, a 4.75 inch bird that is constantly in thick trees. One thing I learned early on in my "photo birding career" is that birds have wings -- and they are not afraid to use them. You could be looking at a bird and then a moment later it is gone. So imagine going to that same spot two or three days later hoping it is still around. That seems like a "fools errand." But, as luck would have it, sometimes chasing birds works. In terms of rare warblers, it has worked for me in chasing Prothonotary Warbler, Blackpoll Warbler, Black and White Warbler, Louisiana Waterthrush, Tennessee Warbler, Magnolia Warbler, Northern Parula, Palm Warbler, Rufous Capped Warbler, and Yellow-throated Warbler. All of whom are rare to Arizona.


Here are some photos then of the Prairie Warlber: 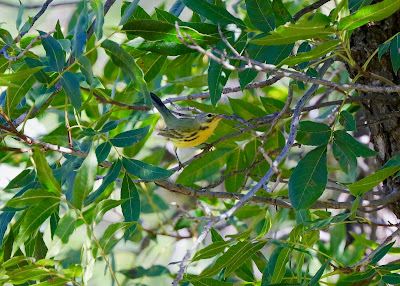 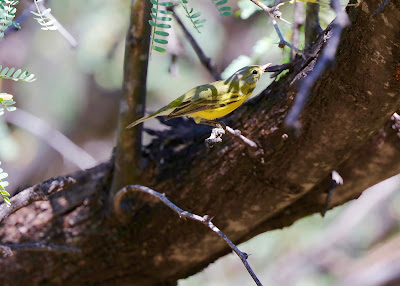 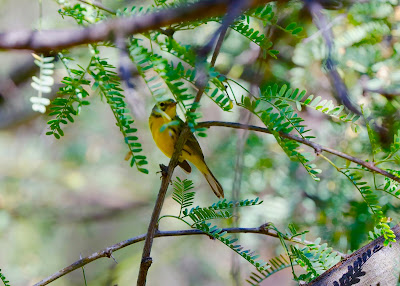 Posted by Dennis and Christine Widman at 9:29 AM