Javelinas at The Azure Gate

Having five acres gives us a chance to see a little more "back yard" wildlife.

The Javalinas are one such thing of the wild. They have been coming around a little more often, though usually at night. I always know when they have been here because they invariably knock over one of the bird baths. They could easily reach the water without knocking it over ... but the bird bath usually ends up upside-down on the ground with no water for anyone to drink.

They also make a soft bed by digging in the dirt. There are three places where they seem to like to bed down.

Last week they chewed into an irrigation line and we ended up with a mud bath. I've yet to get that fixed so they keep enjoying it.

A couple of days ago they tore into a bird seed block and chewed half of it leaving seeds and wrapping paper all over the place. And occasionally they dig up a plant (often a young agave) and eat the roots.

Yesterday morning five Javelinas came around a little after dawn. Again knocking over the bird bath and getting into a little mischief. Here are some photos from yesterday. 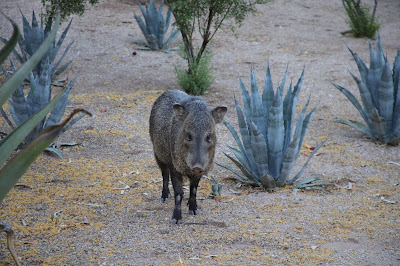 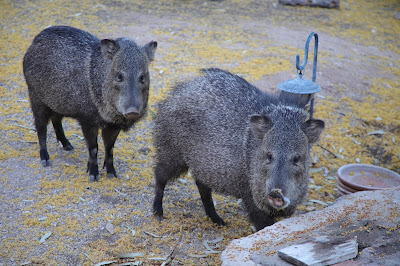 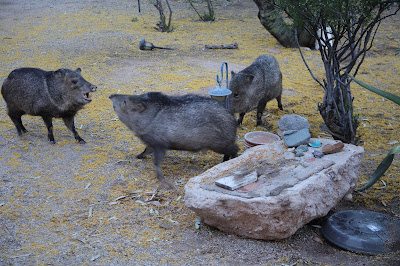 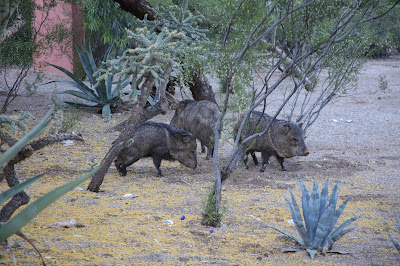 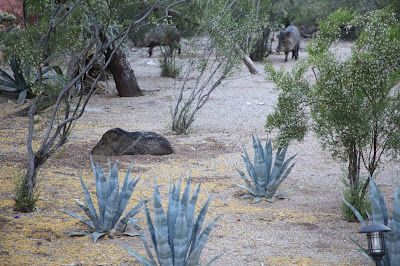 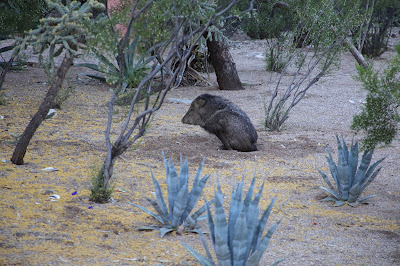 Posted by Dennis and Christine Widman at 12:15 PM