The Sharp-shinned Hawk is the smallest Accipiter hawk in North America. It breeds mainly in Canada and Alaska and summers in the lower half of the United States and Mexico.

Like many raptors, the SSH numbers declined during the DDT pesticide years. They regained population but now are being affected by climate change.

They have long tails and rounded wings that make them very agile fliers that can speed through forests to capture their usual prey -- song birds.

Although they are not as abundant as Cooper's Hawks here at The Azure Gate, we do see them on a regular basis. 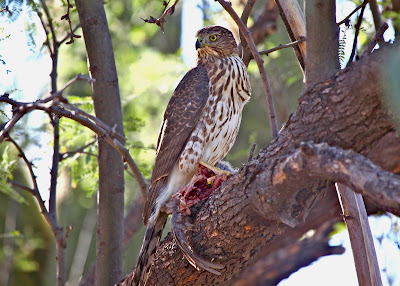 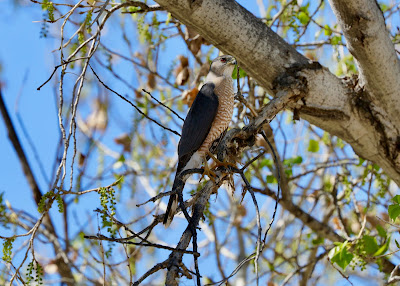 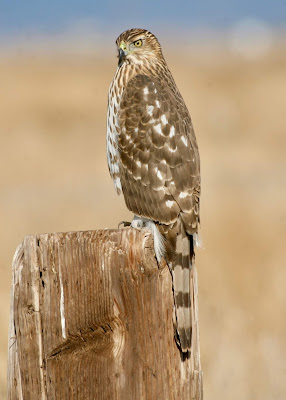 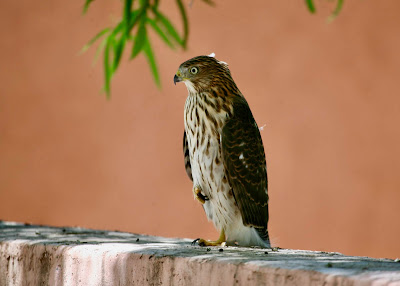 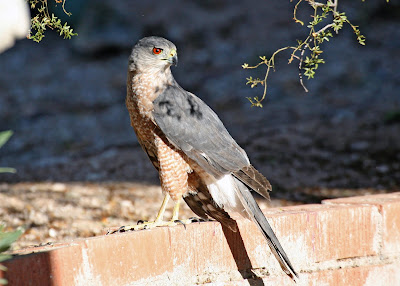 Posted by Dennis and Christine Widman at 4:18 AM