NOTE: A new country has joined our list of visitors to this blog. Kosovo is now the 141st country that has visited our blog since we started in 2008. It's heartwarming to know that at least one thing that we have in common with people around the world is a love of nature. Thank you Kosovo for joining us!

The Red-tailed Hawk is the most abundant and conspicuous of all the raptors. It can be found year round throughout the lower 48 states and Mexico. Some will summer in Canada and Alaska.

Both its population and range are increasing as it has become accustomed to human development. Estimates are 2.3 million worldwide.

They hunt both from perch and from flying, searching for small mammals, birds, and reptiles.

There are several variations in plumage based on region; also light and dark phases within a region. 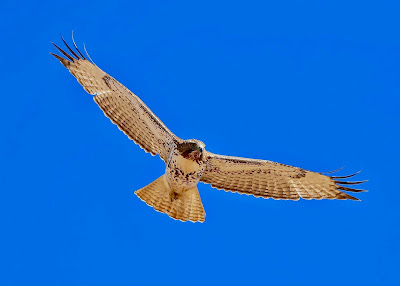 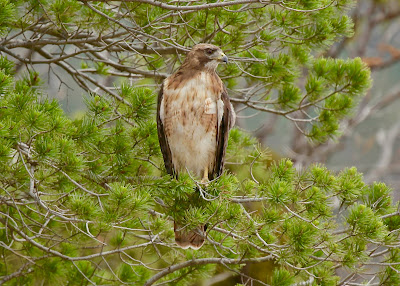 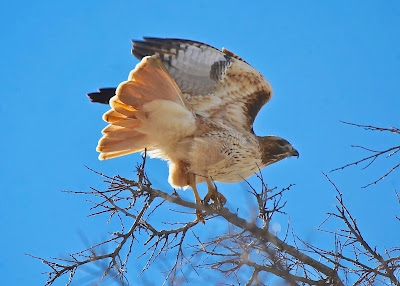 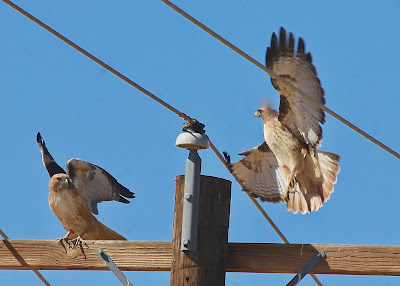 Posted by Dennis and Christine Widman at 4:19 AM