Elk, which are also called Wapiti, are the largest species of deer in the world. Moose which are in their own family are larger. (Moose, by the way are called "elk" in Europe). Elk typically live in forest and forest-edge habitats feeding on grasses, plants, tree leaves, and tree bark. There are four subspecies of Elk still in existence in North America (Roosevelt, Rocky Mountain, Tule (California), and Manitoban (Canada). Typically, Elk migrate toward higher elevations in the Spring, lower elevations in the fall. This first photo was a Rocky Mountain Elk taken on the tundra at 12,000 in September 2009: 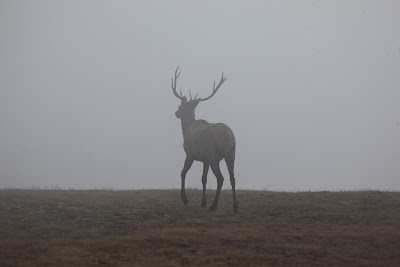 But, Roosevelt Elk found in the Olympic Mountains of Washington and along the Oregon Coast, tend not to migrate because of the more moderate climate (i.e. availability of food). This next series of photos is of Roosevelt Elk found at sea level near the mouth of the Lewis River. You can just see the Pacific Ocean in the background of the first two photos: 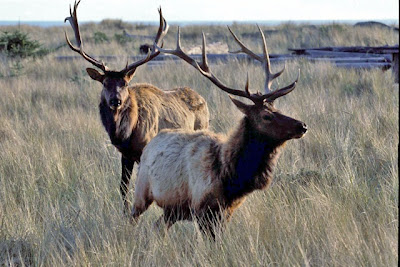 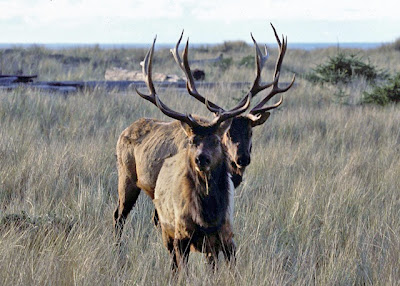 The Roosevelt Elk are the largest of the North American species -- although, these don't seem particularly large to me. (They look a little thin). As I found them they started walking toward me. I carefully moved backward until they got to a point where they lay down. Once lying down a got a few more photos: 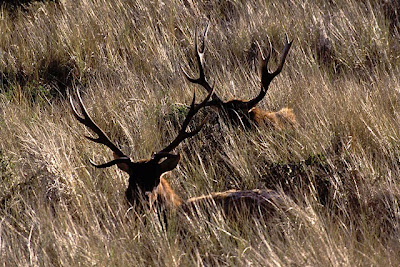 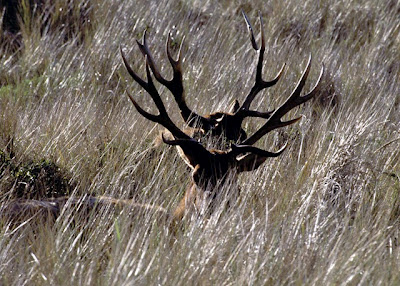 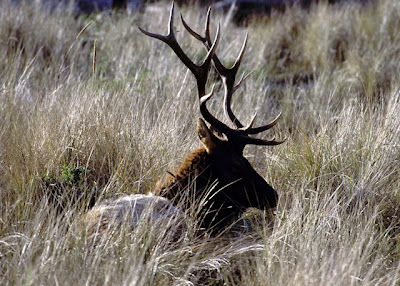 Posted by Dennis and Christine Widman at 10:11 AM